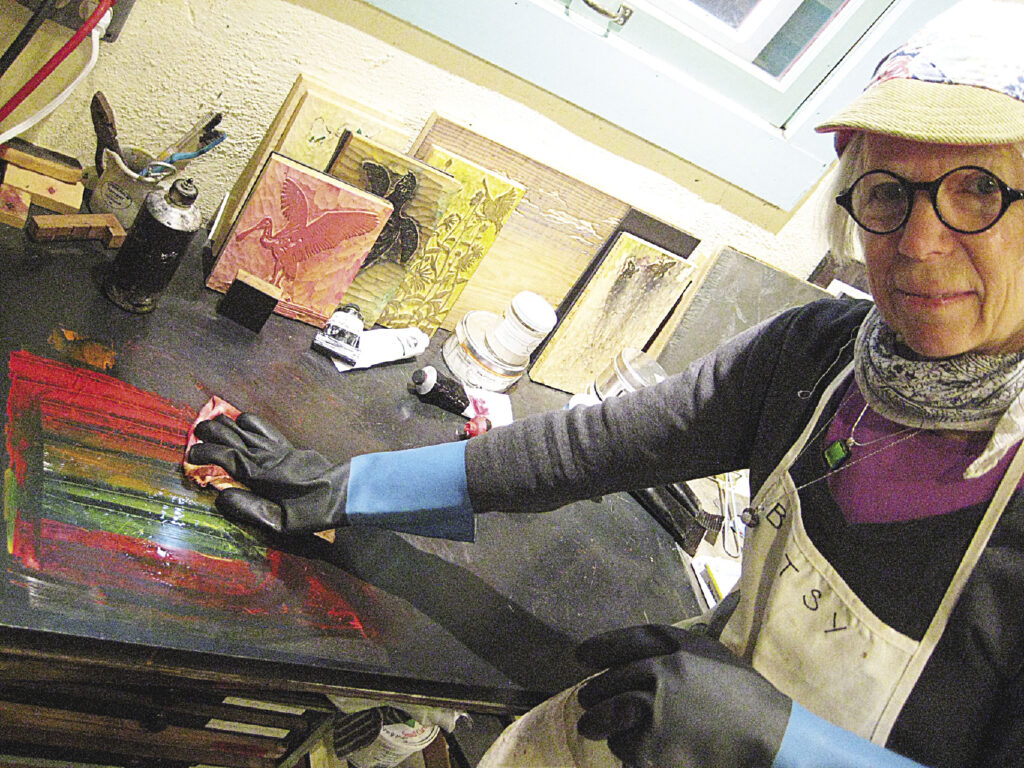 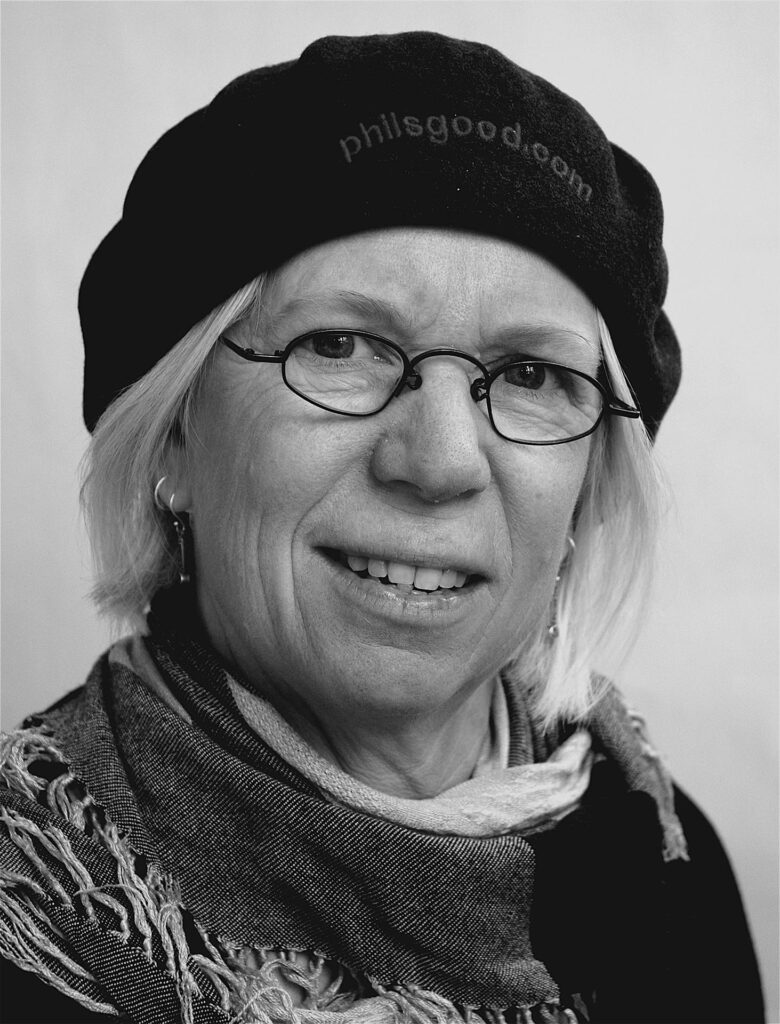 Crayons were my first love;

I remember the smell of the cardboard box with all the colorful specks on the inside.  Growing up in Chicago, I made a lot of drawings that my parents dated and filed in the important place where grownups kept their things.  I won a costume contest at Girl Scout camp because I remembered and drew the shape of the label of the Heinz ketchup bottle, me with the red outfit, my tent-mate with the mustard-yellow.

I first encountered woodcuts as a young art student in Sarasota Florida, at New College and the Ringling School of Art.  One of the first ever exhibits of the northern Canadian Inuit stone cut prints was on display at the Ringling Museum of Art, along with the grand Reubens paintings and the full-size replica of Michaelangelo’s David.  Twenty-five years later I traveled to the workshop on Baffin Island in the Canadian Arctic to see the stonecutting in progress.

Bread & Puppet Theater came through Sarasota in those early years.  I was overwhelmed by the rough power of street theater and larger-than-life paper mache characters.  The show was a Vietnam War protest.

Between then and now, my three boys grew up to have adventuresome lives and pursuits and children. I still live on the family homestead near Grand Marais, Minnesota, watching the horses and chickens and the garden grow.  I’ve moved the studio into town, tucked into a former historic Lutheran church with plenty of room for the presses and woodblock prints and books, and to build and store the big puppets for our annual community Solstice pageants.